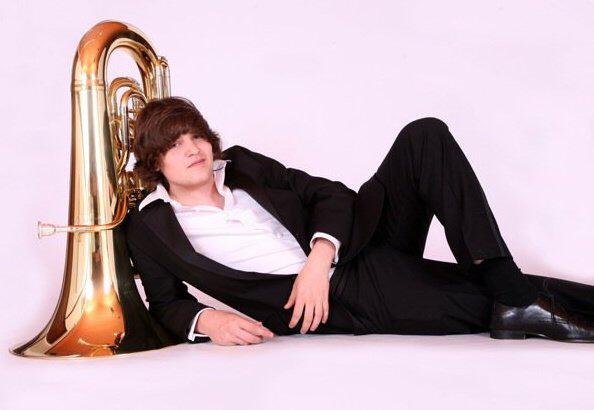 Michael studied at the Royal Northern College of Music and on leaving performed regularly with the Hallé Orchestra, Royal Liverpool Philharmonic Orchestra and the BBC Philharmonic Orchestra. During this time Michael also held positions at Faireys Band and solo Eb tuba at Brighouse and Rastrick Brass Band.
Michael plays tuba and sousaphone player for orchestras and jazz / trad ensembles across the UK as well as recording for film and TV.

As a youngster, David and his family travelled to Haverhill Youth and Silver Bands in the 1980s initially on cornet and moving on to tuba. As a teenager he was a member of the NYBBGB for a maximum number of courses becoming principal tuba player.

On leaving sixth form, David went to the RNCM, studying tuba, and composition. While in Manchester he played for Britannia, BT, Rothwell and guested for other top bands such as Black Dyke. As a composer, he has written many pieces for brass ensembles, wind bands and orchestras

After graduation he moved back to East Anglia to teach for the Cambridgeshire Instrumental Music Agency. For the past 20 or so years he has been associated mainly with Soham Comrades but has also conducted various bands in the area including Waterbeach Brass. He is a director of the Cambridge Holiday Orchestra and also plays for many local orchestras and plays trombone in a local big band, the Galaxy Big Band.