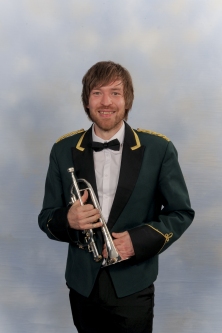 In addition to showing off on the Cornet, he shows off on guitar too. He has a marvellous collection of coats.

Ian Joined the band aged 9, and has never managed to leave. He only has one coat. 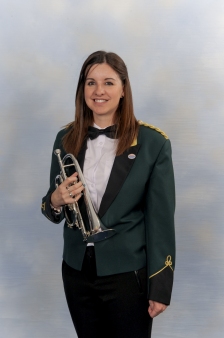 Jenny started here musical career under the tutelage of her Dad, our Flugel Player Peter Mackley, and with the Fulbourn & Teversham Youth Band. She studied at Chetham’s School of Music, and upon returning ‘home’ joined Haverhill Band, where she has been ever since. 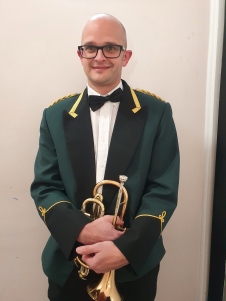 Following in the footsteps of his Dad, Grandad and many generations before them, Jamie started playing cornet at the age of 5. He started playing for Wicken Coronation Band when he was 9-years old and has since played in a number of contesting bands including Soham Comrades and Littleport Brass Band. He is looking forward to the challenge of playing back in the Championship Section.